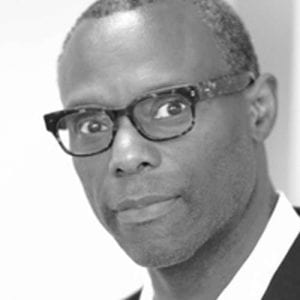 Mykaell’s career started as a founder member of Steel Pulse. Over the years he has performed, produced, managed and consulted on many successful artists and their projects. As a professional writer / producer, Mykaell’s work has encompassed TV, Film and Theatre, resulting in over eleven UK top twenty positions, and three UK number ones. He also created The Reggae Philharmonic Orchestra, Britain’s first black pop orchestra – and composed extensively for television including: ITV1, 2,3, the BBC 1&2, SKY and Endemol TV.

Mykaell is Head of Music Production, at University of Westminster, He has also worked as an external examiner for: Open University (OU), City University, South Themes College, Leeds College of Music, Tech-Music -UK/Dublin and the University of West London. He has also consulted and collaborated on projects for; the Mayor of London, Arts Council England, The British Museum, The Maritime Museum and the V&A. In 2004, he established The Black Music Research Unit for which he co-authored the first National Jazz report, followed up by the Value of Jazz2 for Jazz Services in 2008. He also contributed to the (OU), Black British Jazz report. In 2016, he received the first major (AHRC) award to research on the impact of Jamaican music in Britain and in 2017 his work on the Ticketmaster Grime Report, helped change government legislation. Mykaell also sits on the academic board for the Museum of London.