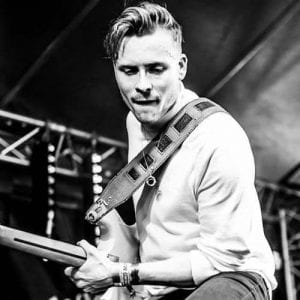 Jack’s songs have achieved world-wide placements on TV shows, adverts and games such as Brooklyn Nine-Nine, BT Sport, Film 4 and Watchdogs: Legion. His music has gathered millions of Spotify streams and has been toured around the UK, Europe and India where he’s performed headline shows and supported the likes of Coasts, Paul Heaton and Cast. Jack also works as a session guitarist playing TV shows, live concerts and on studio recordings. Some of his time has been spent teaching full classes in schools as well as teaching privately where he’s able to take a more nuanced approach.

He finds the work with Finding Rhythms extremely rewarding and feels that the writing/recording process helps build a lot of confidence within many of the participants.