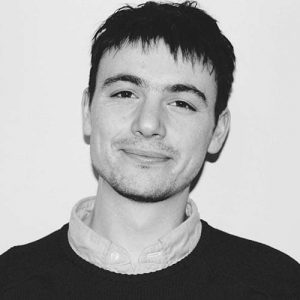 Aaron graduated with an MA in Composition from the University of Bristol in 2013. He has since worked as a freelance composer, producer and sound designer, and has completed projects for Apple, The V&A and The Imperial War Museum amongst others. He also composes concert music and music for theatre, and is an associated musician and composer of the theatre company Bucket Club.

In 2013 he joined Finding Rhythms as Technician/Music Producer, where he helped with a set of workshops in HMP Wormwood Scrubs and with the mixing of the resulting CD Notes & Bars.