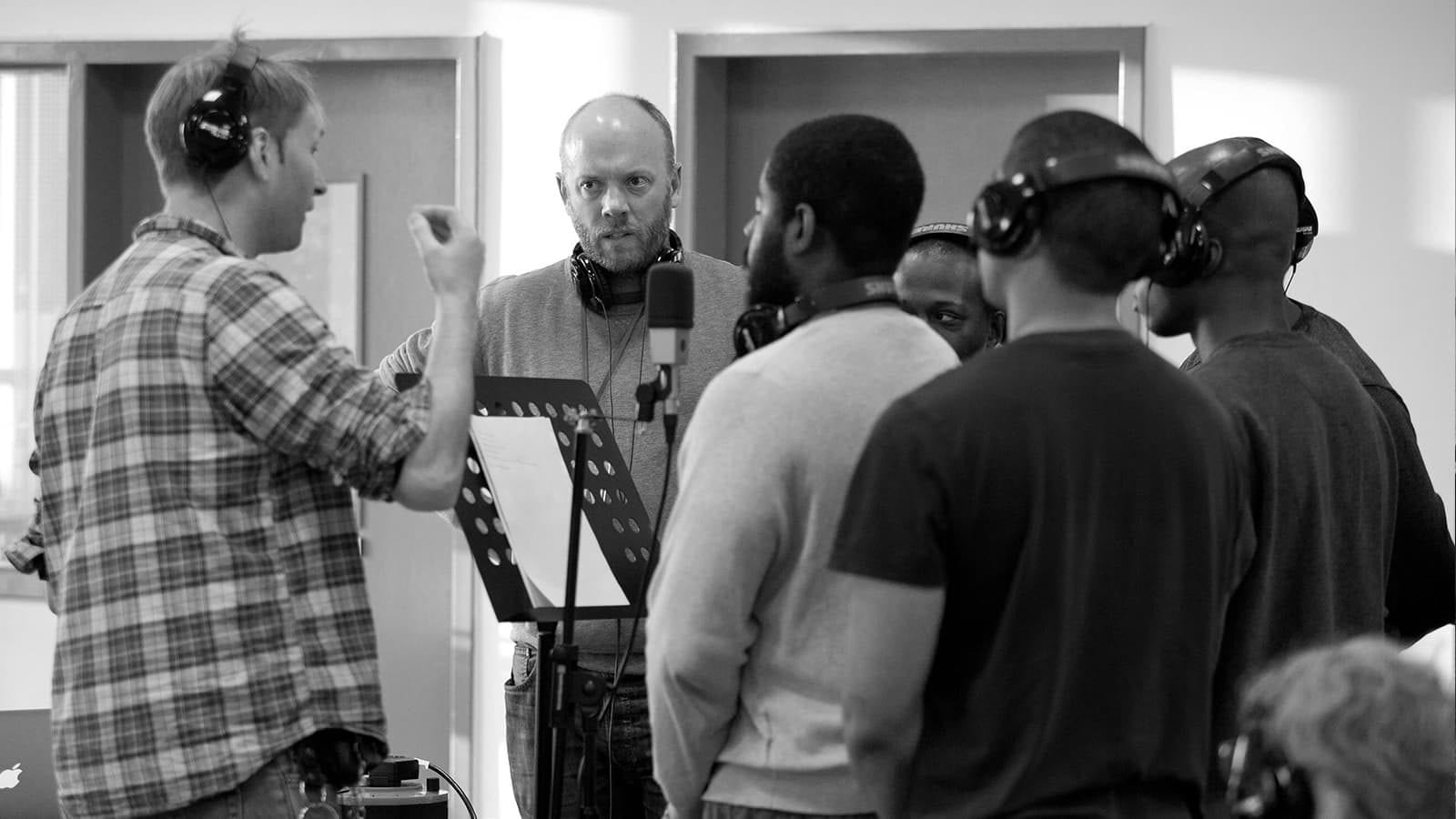 We have been working in UK prisons since 2013 and have produced and recorded over 500 original tracks of music of various genres.

In prisons, we run a 36 hour intensive group-based project where learners are challenged to write, record and produce an original album of music.

Alongside the music, our projects support the personal development of our learners and give them the opportunity to gain a Prince’s Trust ‘Achieve’ Award which focuses on areas including teamwork, coping with pressure, mindset change and employability.

We aim to transform the attitudes and perceptions of our learners by showing them that they can contribute to positive projects, improve behaviour and be creative. We want to ensure that they benefit from our projects in a meaningful way that improves their well-being, confidence and helps them make better life choices in the future.

Our work in prisons has earned us a successful reputation and is recognised as a unique and ground-breaking intervention. Our work is proven to change attitudes of prisoners, reduce stress and improve overall mental health.

Our music has received approximately 70 Koestler Awards and some of our most recent partners have included HMP Bronzefield, ISIS YOI, HMP Chelmsford and HMP Thameside.

If you would like to find out more or talk to us about working in your prison, please email info@finding-rhythms.co.uk 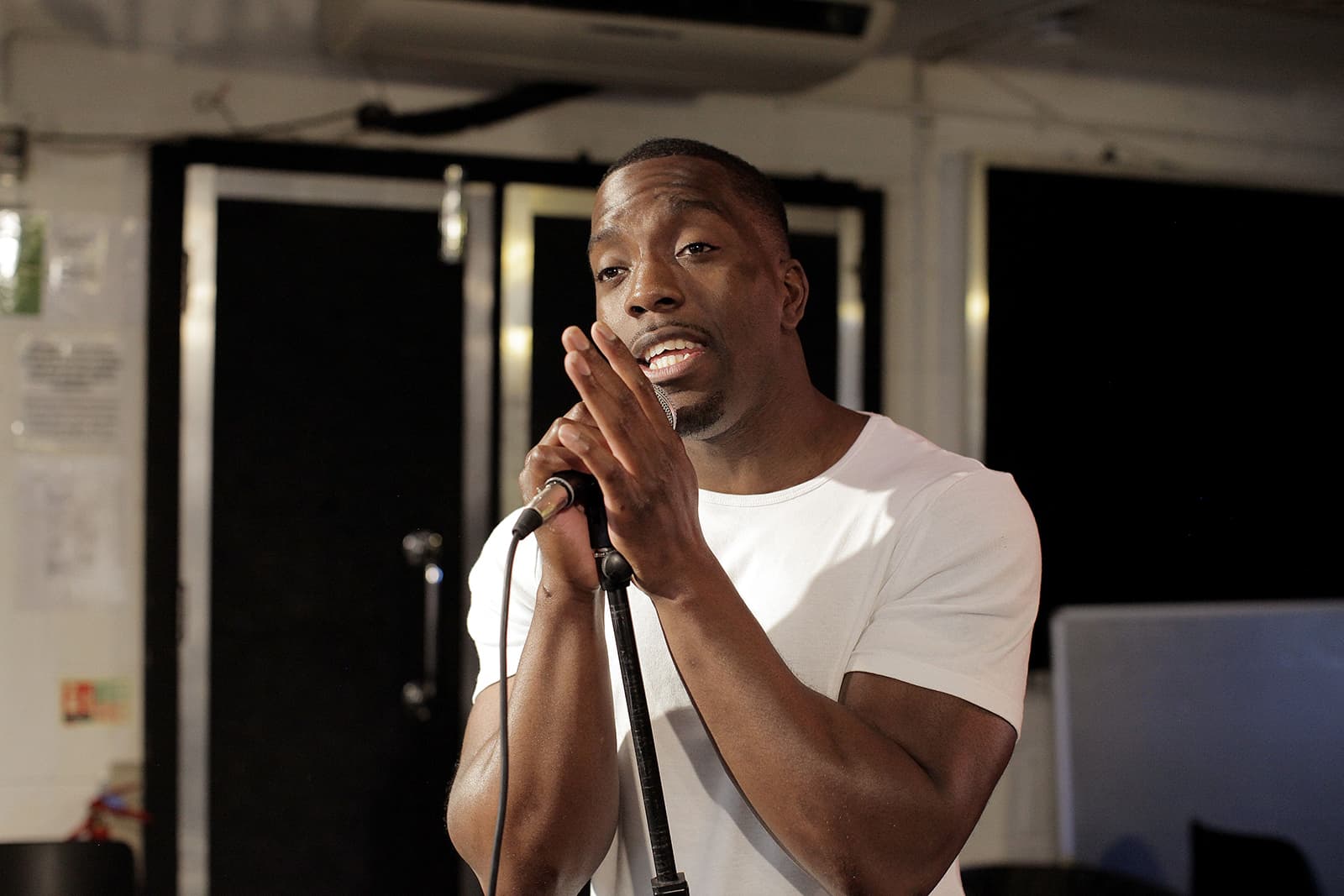 Spring Hill (Prison) was a dark place, with a lot of things going wrong and it just seemed like Finding Rhythms came in at the right time. Before, I used to wake up as late as possible to make the day go by, but me and everyone else started getting showers early so we could make it in time for the programme. At first, I saw Robin (the Creative Director) and I was really sceptical, and I know that feeling was shared in the room, especially as there were a lot of egos. But I realised that him and the team were solid musicians who really wanted to help us. I do not know how, but they just created this atmosphere where I was talking and interacting with people who I would not even have given a glance to before. Also, I started to sing. I have an ok voice, but never really used it.

Those guys kind of dragged it out of me, and I’m really happy that they did. I know that the music we made will stick with me for the rest of my life, because it taught me that if I put my mind to something, I can do it. Getting us all together to create an album in 6 days, is mad, but we did it!. When I came out of prison, I just wanted a job, any job. But in the back of my mind, I always knew that I could do more because of that experience. Also, when I look back there were different things I picked up about teamwork and working to targets without even realising. I also appreciate that they have asked me to come back and help out people in prisons.

It's clear that this work is much more than just a nice idea.

The work you guys do is invaluable to establishments such as ourselves. It is easy for us to get lost in the midst of OFSTED targets and recommendations and forget that there are many prisoners here who are incredibly talented. … The fact that you offer a qualification as part of the process only makes the course an even more rewarding and invaluable experience.

What a fantastic group of people Robin & his Finding rhythms team are! I was amazed by the dedication that Robin & his team had & the quality of music they produced with our prisoners was fantastic. I have never seen a group of prisoners so engaged in all my prison service career which is over 10 years long & this must be credit to the dedication, support, hard work & encouragement that Robin and his team gave.

I was most impressed with the interaction between your musicians and the prison inmates which created a real team atmosphere...Such a huge benefit to the state of mind of those imprisoned....The confidence that was flowing from the room by the end of the session was heartening to witness.

I've been very isolated, suffering from various mental health afflictions for last few years so this was a good way to reintegrate with group settings and build my confidence so I will be able to apply for jobs in future.

I'm diagnosed with psychosis, which means I can feel left out or alienated. But in this group there's so much positivity, and the one main thing I've noticed is that on other courses in the jail it's like … everyone stays in their groups. This is the first course I've been on where there's been none of that. It's been one big group, there's been no arguments. On other courses, even if there's been nothing to argue about, because there's people in there from different backgrounds there's always something to start an argument over. But here, even when there's been criticism people have taken it on board and dealt with it in the right way. I haven't even heard anyone swear in here.

Here is a selection of some of the incredible music that we have created in prisons across the UK. 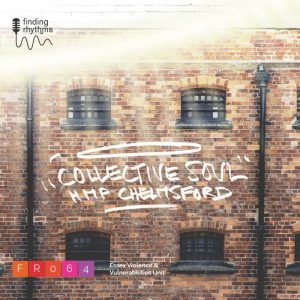 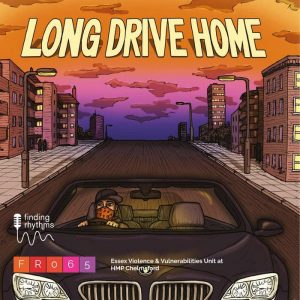 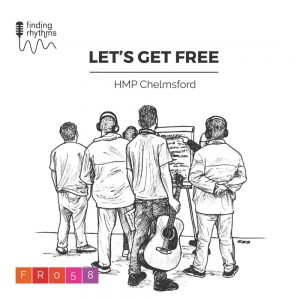 A list of all the latest news about prisons initative. 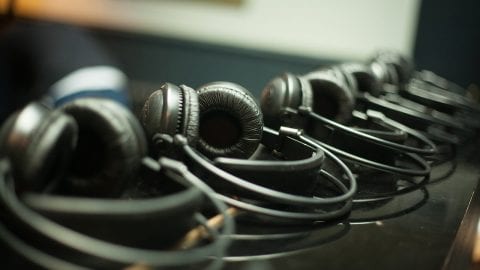 Community Projects During the Pandemic