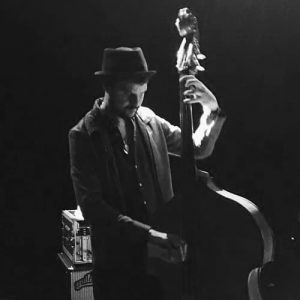 Jihad Darwish is a musician, singer and producer from London working within
all genres of music. Although focusing mainly on his own music he continues to
play with and produce other artists.

His own work is released under the name Darwish. He released his debut album
‘Reclamation’ in 2018 which received a 4 star review and album of the week in
the Evening Standard as well as a 4 star review from Jazz wise and has had his
music featured by Jamie Cullum, Tom Robinson and BBC Introducing.

He is currently working on a new EP for release in 2020.