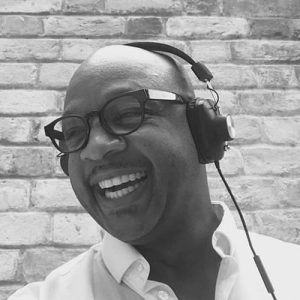 Engineer/Beatmaker Tim Titsworth hails from the US, and has provided his talents on a plethora of projects in Chicago, Seattle, New York City, and London.

As a music professional he has over 25 years of music production experience combined with over 15 years as an educator of students ranging from primary to university level.

Tim has had the pleasure of working with some of the top names in the music industry including Ice Cube, Chuck D., and Farley “Jackmaster” Funk. In addition, he has written and produced several pieces of music which has been used by companies such as Nike, and by a variety of television shows including The Real Housewives of Atlanta, Say Yes to The Dress, Run’s House, and Food Network’s Chopped.