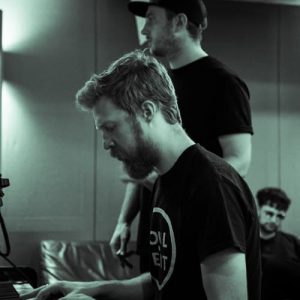 Tom Goss is a guitarist, writer and producer from East London. After playing in a pub covers band as a teenager, he met Ben Drew (Plan B) in 2006 and joined his live band the B-Team, touring extensively over the UK, Europe and America. Tom worked on Plan B’s number 1 album ‘The Defamation of Strickland Banks’, receiving an Ivor Novello award for the song ‘She Said’. Since then Tom has written music on two further top ten Plan B albums, composed for Burberry runway shows and had production featured in films and video games.

He is currently in the studio co-writing and producing music with various artists, as well working on charity music projects with young people through the Irene Taylor Trust, Each One Teach One and Finding Rhythms.